The Queen has made her chief art adviser redundant amid restructuring plans undertaken during the pandemic, axing the role created under Charles I.

It is understood Desmond Shawe-Taylor could be the last Surveyor of the Queen’s Pictures after departing the role under the ‘voluntary severance programme’, the Times reported.

The Royal Collection Trust confirmed on Tuesday that Mr Shawe-Taylor, 65, and his assistant Rufus Bird would leave amid cost-cutting plans, with the roles ‘lost and held in abeyance for the time being.’

The Trust previously said the pandemic would cost an estimated £64million in lost income in 2020/2021, with a ‘significant reduction in our operating costs’ and a £22million cash injection necessary to continue its work. 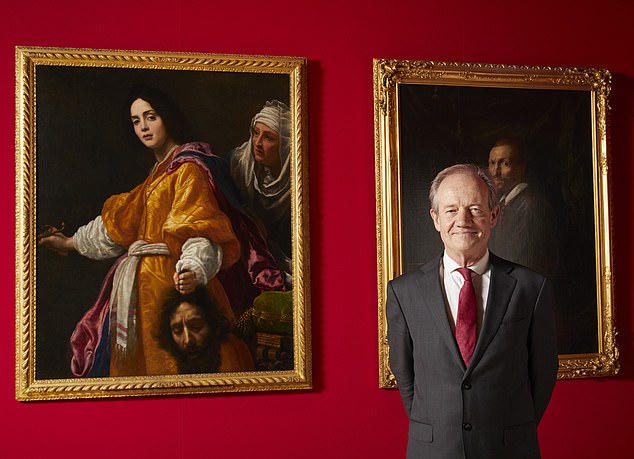 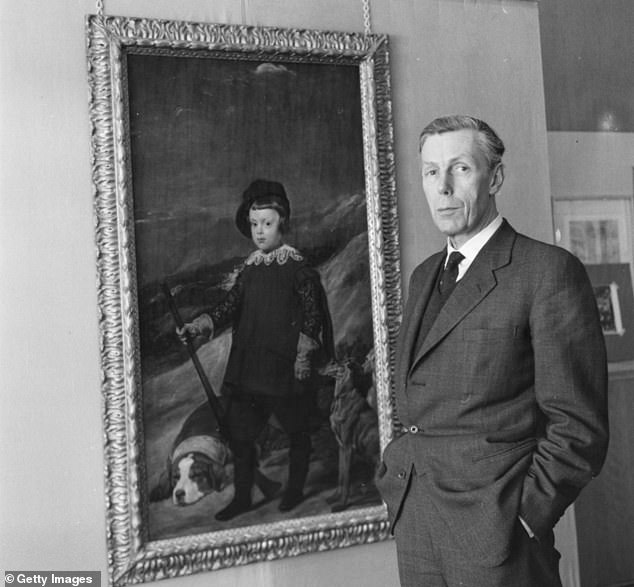 Pictured: Sir Anthony Blunt, who held the position of  Surveyor of the Queen’s Pictures between 1945 and 1972 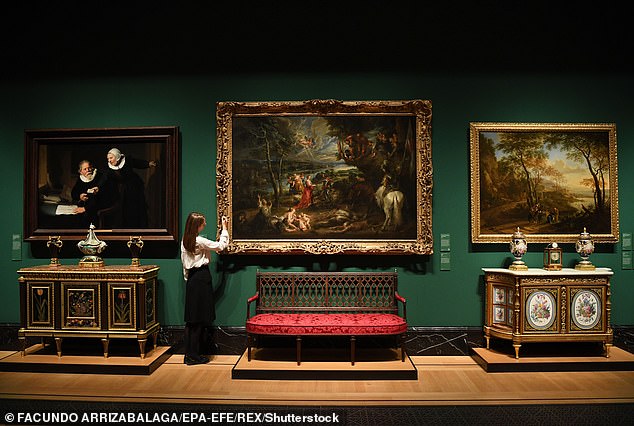 The Surveyor of the Queen’s Pictures is a post first held during the reign of Charles I, responsible for the conservation and care of the Royal Collection and for providing access at royal residences and through loans and online.

The collection has some one million objects – furniture, books, porcelain and silver as well as early photography, paintings and drawings.

While it includes modern works by Tracey Emin and Lucian Freud, Mr Shawe-Taylor previously said ‘its centre of gravity will always be the Old Masters.’

‘The court was never going to spend time trying to acquire works by artists like the anarchist Gustave Courbet,’ he added. 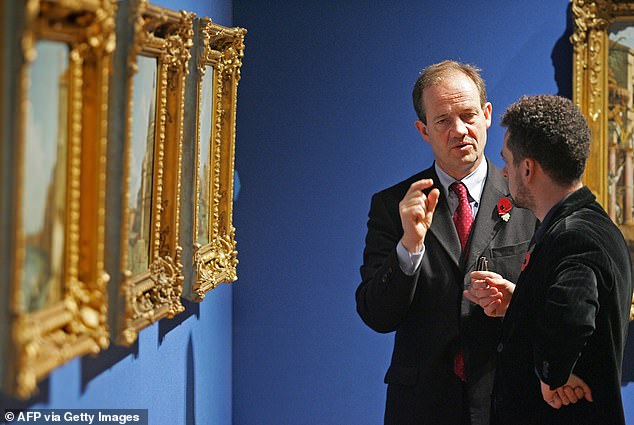 The Royal Collection Trust confirmed on Tuesday that Mr Shawe-Taylor, 65, and his assistant Rufus Bird would leave amid cost-cutting plans, with the roles ‘lost and held in abeyance’ 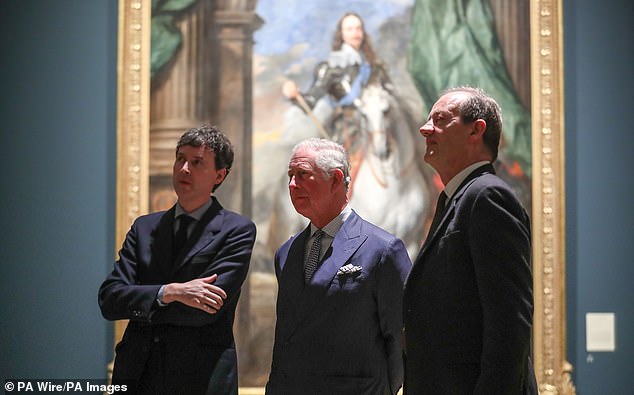 It was reported in July that the Trust would offer voluntary redundancies to up to 650 staff including caterers, office staff and wardens – with their wages paid in full. Pictured: Mr Shawe-Taylor with Prince Charles 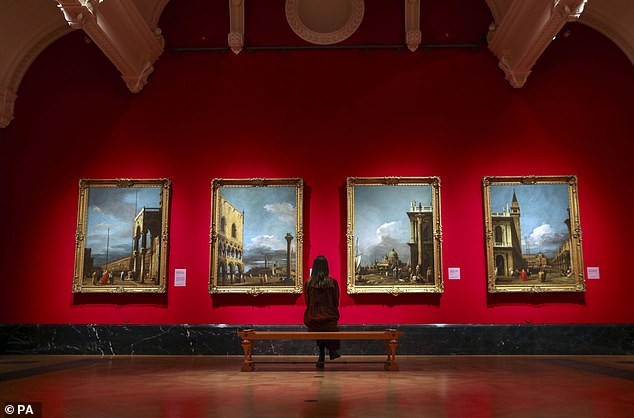 A royal source said the Queen was ‘aware of all activities of the Royal Collection’ as they confirmed Mr Shawe-Taylor’s departure from the post yesterday.

‘The director of the Royal Collection, Tim Knox, will assume overall responsibility for the curatorial sections, supported by the deputy surveyors of pictures and works of art.’ 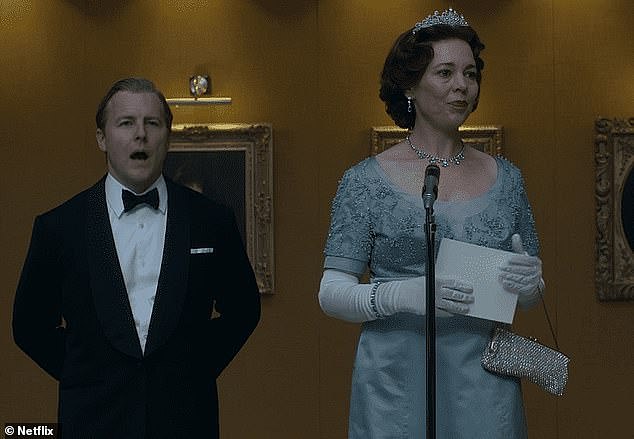 Pictured: Samuel West as Anthony Blunt and Olivia Coleman as Queen Elizabeth in The Crown 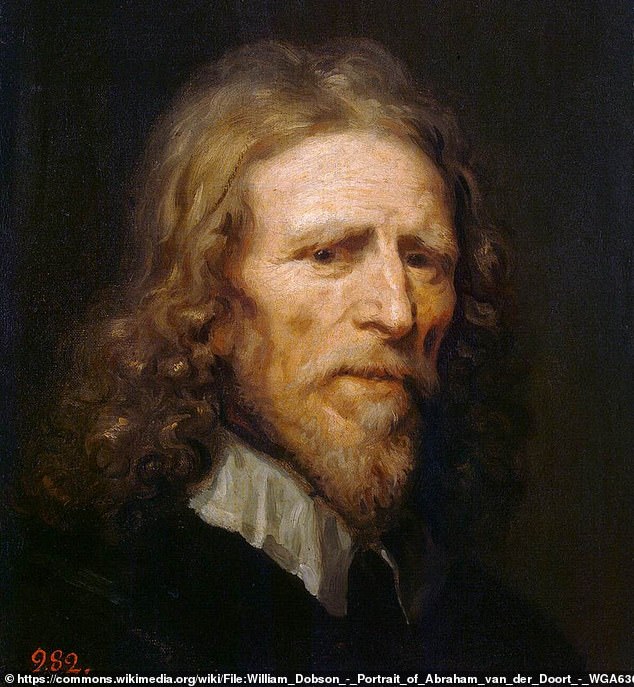 Pictured: Abraham van der Door, the first Surveyor of the King’s Pictures under Charles I 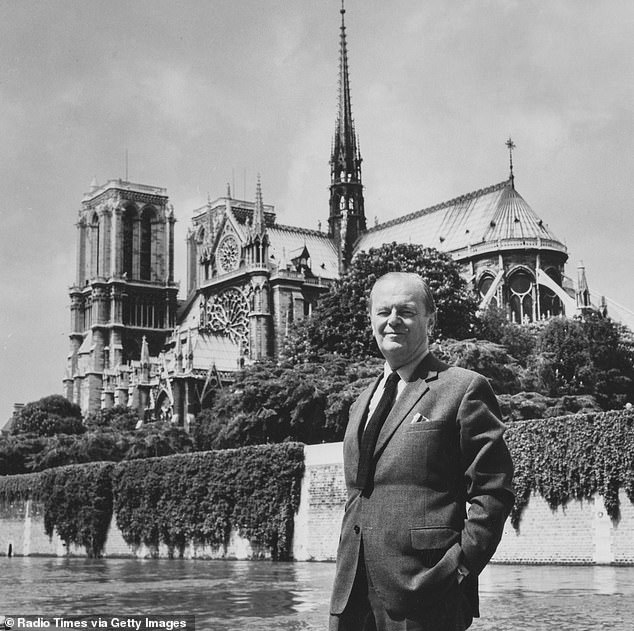 Those to hold the post include British art historian and broadcaster Sir Kenneth Clark (pictured), who presented the Civilisation documentary series in the 1960s

How Anthony Blunt, the surveyor of the Queen’s Pictures from 1945, became a Soviet spy but later admitted working for Moscow was ‘the biggest mistake of my life’

Anthony Blunt, a former MI5 officer, became Surveyor of the Queen’s Pictures in 1945 and worked at the heart of the Establishment for 27 years.

Blunt was known as the ‘Fourth Man’ in the most effective Russian espionage operation of modern times.

He never spoke of his treachery but a memoir released in 2009 provides a fascinating insight into his astonishing life.

Blunt says he considered suicide when he was finally exposed as a Soviet spy, describing working for Moscow as ‘the biggest mistake of my life’.

The details were revealed in a 30,000-word manuscript, which was lodged with the British Library anonymously following Blunt’s death in 1983 on the condition that it remained closed for 25 years.

In it, Blunt tells how he was ordered by his Russian controllers to flee Britain in 1951, as the net seemed to be closing on the Cambridge spies.

Guy Burgess and Donald Maclean had already been smuggled to Moscow but Blunt says he was uncertain and decided to sleep on it.

He wrote: ‘I don’t know whether one can be said to make decisions in one’s sleep, but this is what seems to have happened to me.’

He managed to escape detection until 1964, when he confessed to MI6 after being offered immunity from prosecution. It was not until 1979 that he was publicly unmasked, dramatically named as a spy by Margaret Thatcher in the Commons.

He believed his role would stay secret and It came as an ‘appalling shock’ when it became apparent in the late 1970s that his past was about to be made public.

Blunt said he ‘very seriously’ considered taking his own life.

‘Many people will say that it would have been the ‘honourable’ way out.’ he wrote. ‘After a great deal of thought I came to the conclusion that it would be a cowardly solution.

‘It would have solved all my problems, but it would have made things as bad as possible for my family and friends.’

After he was exposed by Mrs Thatcher, he said, he took refuge in ‘whisky and concentrated work’.

As a wartime MI5 officer, he is said to have passed hundreds of documents to Moscow, including secrets from intercepted German communications after British experts broke their codes.

Mr Shawe-Taylor took over the post from British art historian Christopher Lloyd in 2005 after nine years as director of Dulwich Picture Gallery.

The post, created in 1625 by Charles I, was first held by Abraham van der Doort before succeeding to 24 subsequent experts.

The most notable include former National Portrait Gallery director Sir Lionel Cust and British art historian and broadcaster Sir Kenneth Clark, who presented the Civilisation documentary series in the 1960s.

Anthony Blunt took over the role in 1945, later emerging as a member of the Cambridge Five – a group of spies working for the Soviet Union from the 1930s to the early 1950s.

Blunt sensationally confessed that he was the ‘Fourth Man’ in the spy ring in 1964, with other members including Kim Philby, Guy Burgess and Donald Maclean.

Following an offer of immunity from prosecution, he admitted passing thousands of secret documents to the Russian KGB while working as an officer for MI5 during the Second World War.

News of Mr Shawe-Taylor’s departure comes after it was revealed in July that as many as 250 royal staff were offered voluntary redundancy after Covid-19 created an £18million black hole in Her Majesty’s finances.

Vice Admiral Tony Johnstone-Burt, master of the household, said in a statement: ‘We may not be fully operational across all of our various activities until 2021.

‘As a result we have had to start considering some very difficult decisions.’

The Royal Collection Trust said at the time it had deferred its annual fee to the Royal Household as there is no income from tourism.

As a result, the Trust was also said to have offered voluntary redundancies to up to 650 staff including caterers, office staff and wardens – with their wages paid in full.

A Royal Collection Trust spokesperson said the pandemic has posed the ‘greatest challenge’ in its history.

They added: ‘The Covid-19 pandemic has posed by far the greatest challenge to Royal Collection Trust in the charity’s history.

‘The closure to the public has had a very significant and serious impact on our finances, as we are entirely funded by visitor income from admissions and related retail sales.’

The Royal Collection is spread among 15 residences, made up of more than one million pieces including 7,000 paintings, 30,000 watercolours and drawings and more than 450,000 photographs.

Also in the collection are tapestries, furniture, ceramics, weapons, armour and jewellery. The Queen also owns a series of manuscripts and musical instruments.

The prints and drawings collection in the Print Room, Windsor, contains artworks by the likes of Leonardo da Vinci, Raphael and Michelangelo.

There are also 33 paintings by English portrait and landscape artist Thomas Gainsborough in the Royal Collection, with other notable works from Benjamin West and Lorenzo Lotto.

The Royal Collection: One million pieces by the likes of Leonardo da Vinci make up one of world’s ‘largest and most important’ hoards

The Royal Collection is celebrated as one of the largest and most important art collections in the world, housed across 15 historical royal residences in the UK.

It is also one of the last great European royal collections to remain intact, according to the Royal Collection Trust.

The Collection is made up of more than one million pieces including 7,000 paintings, 30,000 watercolours and drawings and more than 450,000 photographs.

Also in the collection are tapestries, furniture, ceramics, weapons, armour and jewellery. The Queen also owns a series of manuscripts and musical instruments. 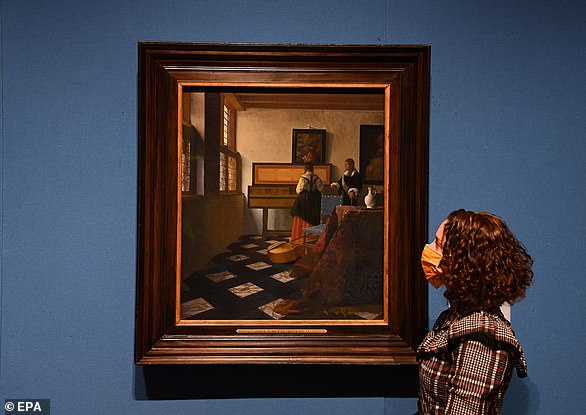 The Collection, which is held in trust by the Queen as Sovereign for her successors and the nation, records the personal tastes of kings and queens over the past 500 years.

Following the execution of Charles I in 1649, the greater part of the King’s magnificent possessions was sold by order of Oliver Cromwell.

The Royal Collection has therefore been largely formed since the Restoration of the Stuart Monarchy in 1660, when King Charles II returned from exile in Europe and took the throne.

The most significant additions were made by Frederick, Prince of Wales; George III; George IV; Queen Victoria and Prince Albert; and Queen Mary, consort of King George V.

The Collection is currently housed in 15 royal residences and former residences across Britain, including Windsor Castle, Buckingham Palace, the Palace of Holyroodhouse, Hampton Court and the Tower of London.

The prints and drawings collection in the Print Room, Windsor, contains artworks by the likes of Leonardo da Vinci, Raphael and Michelangelo.

There are also 33 paintings by English portrait and landscape artist Thomas Gainsborough in the Royal Collection, with other notable works by Benjamin West and Lorenzo Lotto.